16. Framing: How You Say Things Matter More Than What You’re Saying: A Behavioral Economics Foundations Episode

Posted on October 5, 2018 | 2 Comments on 16. Framing: How You Say Things Matter More Than What You’re Saying: A Behavioral Economics Foundations Episode 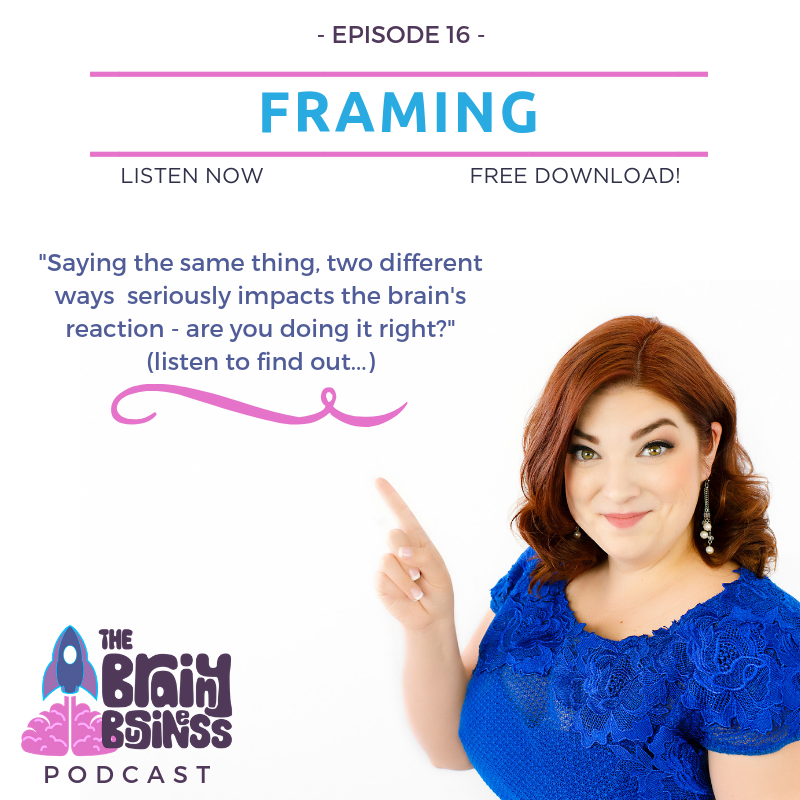 Framing is one of my favorite behavioral economics podcast topics. In the past few weeks, I have covered foundational topics like loss aversion, anchoring & adjustment, relativity, scarcity, and availability. Today, I talk about one of my favorite concepts which is framing. Before digging in, I’d like to give a shout out to Lara Currie who left a stellar Apple podcast review and invited me to be on her podcast Difficult Happens. Our subconscious brain evaluates everything very quickly and uses assumptions to make decisions. If you think of this in the context of framing, this is the reason an inexpensive print will look expensive in a nice frame and cheap when taped to the wall. Framing also works hand-in-hand with the concept of loss of version. If you frame something as a loss someone is more likely to take action on it than if it were framed as a gain. In this episode, I dive into how our brains interpret framing and how these concepts can be applied to your business. 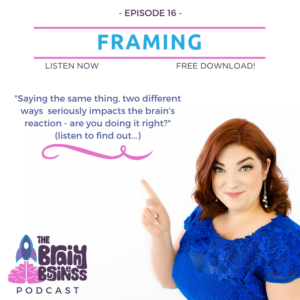 2 thoughts on “16. Framing: How You Say Things Matter More Than What You’re Saying: A Behavioral Economics Foundations Episode”