Many marketers avoid using the word “free” in their advertising.

The fear is that the general public has become immune to the word.

That they will see (or hear) it and think – spam.

I know this because I used to be one of them.

However, behavioral economics has done a lot of studies into the power of “free”

Is its value higher than zero?

It turns out…that it is.

You are walking into the grocery store and see a small stand selling candy.

Even if you are one of those people who typically avert your eyes and walk by as quickly as possible…let’s assume you stop (and that you have change in your pocket).

They are selling your favorite candy, let’s say it is a Caramello for argument’s sake, for 50 cents.

That’s quite a bargain because it is usually almost a dollar for one in the store.

They also have Hershey Kisses for 1 cent each.

What do you buy?

Most people will buy the 50 cent Caramello. It’s a great deal! And delicious, high quality chocolate.

Now let’s play this out again:

You walk up to the store and see a stand, this time there is a sign above it that says “Free Candy”

You are a little skeptical, but see that they really do have Hershey Kisses for free to anyone that wants one. You can also buy a Caramello for 49 cents.

What would you do this time?

In a similar study conducted on a University campus, in the first scenario only 27% of people chose the Kiss.

In the second scenario (when it was free) that jumped to 69%.

Why would this happen?

The cost difference between the Kiss and the Caramello didn’t change (both went down by 1 cent).

The value of the Caramello actually increased more because of its price reduction.

The quality of the candies didn’t change.

And yet…there was power in that word: FREE.

It’s irrational, but it works.

So, what can you learn from this?

Most of my time working in marketing was in a highly regulated industry: credit unions.

Because of that, we avoided words like “free” that were known as trigger terms and would require a lot of headaches for the compliance department.

Obviously, you don’t want to use the word free if something isn’t truly free.

But there are a lot of times that something is free, and you can highlight it as such.

There are countless other examples, but I will leave it there for now.

For those of you who aren’t marketing in a highly regulated industry, this will be cake to incorporate in – yay for you!

And after all this talk about cake and Caramello…I may need to run to the store for a sweet treat.

Until next time!
Melina

P.S. There are many studies that test this theory, the one I referenced was from Predictably Irrational, by Dan Ariely. 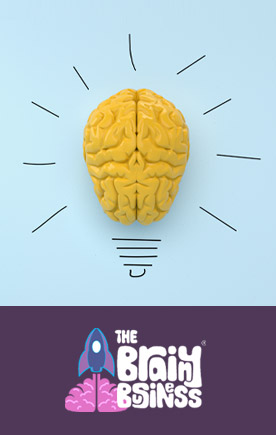